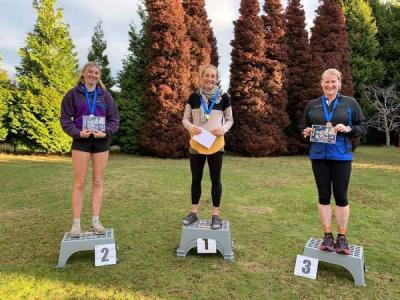 A very successful series of sprint races, including the Tasmanian Sprint Championships, was held in Launceston over the recent long weekend. Thanks go to Paul Pacque for all his hard work and excellent organisation of these events.

As well as the traditional sprint format, he organised one race where all the controls were on horse jumps. No control numbers were provided, competitors' only clue being the shape of the object which was drawn on the map to correspond with the actual shape of the jump! The weekend finished with a MapRun score event, where there were no flags but runners used an App on their phones which beeped when they were at the right spot.

Congratulations to all age class winners at the Tas Sprint Champs, but particularly to junior Nico Stoner who won the Open Men's event, and to Hanny Allston, making a welcome return to orienteering, who took out the Open Women's race. Full results are available on Eventor.