What Can Go Wrong Will Go Wrong (WCGWWGW) (Cathy McComb)

I think we all agree that from a participant’s perspective,  orienteering is great fun.

I think we would all also agree that organising an orienteering event is challenging. It’s not rocket-science difficult, it’s just there’s a lot to things to think about, and there are so many ways that things can go wrong.

Unfortunately there are also many different types of ‘wrong’!  There’s the obvious mistake like a misplaced control. There’s ‘wrong’ in terms of the courses being wildly too long or too difficult for their audience.  There’s other ‘wrongs’ when the queue for the toilets cause people to be late for the start, or the parking areas are full, or competitors get lost on the way to the start.

In fact there can’t be many other sporting events which have so many opportunities for ‘wrong’ as orienteering.  I think that experienced major event organisers would be well equipped to organise something simple outside of orienteering, like the City to Surf, or the Olympics.

So this occasional series of WCGWWGW is for two purposes. Firstly to inform us of things which have gone wrong in the past, so you, as event organiser, might keep it in mind as you go about planning your own event. And secondly to comfort those who have had something go wrong – rest assured it happens to everyone at all levels.

This issue will focus on something really, really simple : the taping of routes – I mean what could go wrong with that?

Orienteers can be dumb. And blind.

I think as organisers we often overestimate the cognitive ability of an exhausted, or even just anxious orienteer – for example who among us hasn’t seen someone completely fail to see the blindingly obvious taped finish chute?  Or fail to follow (what you thought) were clearly marked tapes to the start.   Ultimately humans under pressure can be completely stupid, so if you want someone to do something (like follow tapes or markers), you have to make it next to impossible for them to do any alternative!

As an example of this,  in the Middle Distance Champs JWOC in Hungary in 2018 the athletes had a very short section of spectator run through midway through their course.  It was marked on the map, and clearly taped on the ground.  What could go wrong?

Well the start of the tape was a metre away from the control, slightly obscured by a small tree,  and because the section was so short there was only a tiny bit of dashed line on the map (see photo below).  Something that you’d notice 100% of the time if you weren’t running, but in the heat of the race with sweat in your eyes and your heart beating at 200 bpm,  you just might not see it.  Unfortunately some athletes (including the favourite) failed to see it,  punched the control, and without tape stopping them, navigated straight to their next control.  See Simone Aebersold’s track below in orange.  Ultimately 4 athletes were disqualified for not following the taped route.

The control and start of the tape

Where possible, save orienteers from themselves.

Ultimately, following the taped route was the athlete’s responsibility, but I also see this situation as an organiser failure – using 2 extra metres of tape to create more of a funnel from the control to the run through could have avoided the heartbreak for these 4 runners and their teams.

Another example of ‘saving orienteers from themselves’ were the officials at the sprint final of the World Masters in NZ in 2019 (and commonly at other sprint events now). Rather than hide themselves in out-of-bounds areas and take down the race numbers of orienteers who accidentally crossed them (so they could disqualify them later), they taped the areas off and/or positioned officials really clearly to discourage orienteers from sabotaging themselves. Having a large amount of disqualified competitors is not the sign of a successful event!

So keep in mind when you tape the route to the first control, or create a taped leg for kids, or to the start, or for a spectator run-through,  that in the pressure of a run, with a mind focussed on other things, or simply from a child’s perspective and height,  that tape might not be as obvious as you think it is.

Introducing Ask Turbo - What you always wanted to know but you were too afraid to ask: 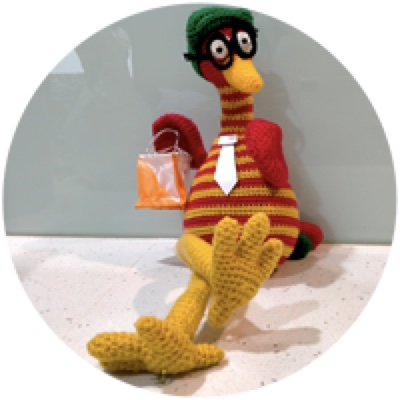 Why isn’t the start always where I pick up my map? And do I have to visit the start triangle if it’s not on my way to my first control?

At major events such as OST events and championships, start of the course is deliberately obscured from view so that the runners who haven’t started can’t see where the runners before them went, thus giving them an unfair advantage.   This complies with Orienteering Australia rule 22.5:

22.5  The start shall be organised so that later competitors and other persons cannot see the map, courses, route choices or the direction to the first control.

If necessary, there shall be a marked route from the time start to the point where orienteering begins. The marked route shall be shown on the map if it extends beyond the area occupied by the start triangle on the map.

Ideally organisers will be able to place the start so that you naturally pass by it,  but even if it is out of your way, you must still pass by the start control as the rules state that an orienteering course begins at the start (not where you pick up your map).

So Mr S.Hortcut, make sure you pass by that start control.