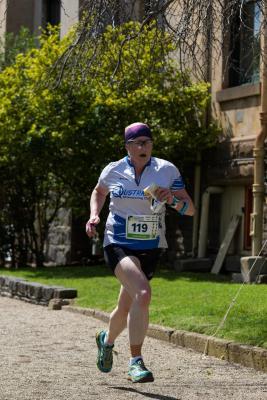 The Australian championships carnival concluded last weekend with the sprint, long distance and relay championships. After up to nine races in nine days, there were some very tired legs on Sunday!

On Saturday at the Long Distance Championships, orienteers were treated to a beautiful sunny day in exceptional terrain that started in fast open granite, continued through typical Victorian gully-spur and finished with complex goldmining. It was a shower of silver to Tasmania, with 2nd places to Mikayla Cooper (W20E), Beatrix Louis (W10), Simon Louis (M40) - first Australian, Celsey Adams (W21AS), Sue Hancock (W55) and Jon McComb (M50). Clare Hawthorne (W50A) and Hilary Cane (W70) rounded out the medals with 3rd places. A special mention also goes to Liana Stubbs, whose 5th place in W16 made her Australian resident champion. She was the only Australian in the top 9 - the rest were from New Zealand!

After a good night's sleep, Team Tassie was ready to tackle the terrain in the relays. We have it on good authority that Tasmanian teams placed in 9 classes, with wins in M35A, W Open B and M Open B!

Special mention to Cathy McComb (pictured at the sprint), whose 3rd place in the W45A relay made this her fourth championships event in a row with a medal - an impressive haul of 2 gold, a silver and a bronze. This feat was also achieved by Sue Hancock, with 3 bronze and a silver over the carnival.

Well done to everyone who competed!