The Carnival That Never Was 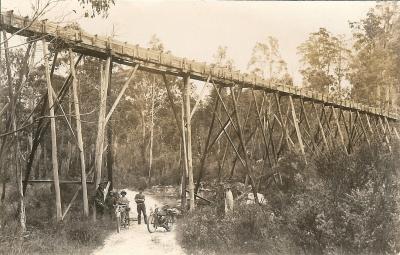 Over 100 orienteers travelled to St Helens last week to take part in various races in The Carnival That Never Was (TCTNW). After a last minute venue change, we enjoyed challenging middle-distance courses set by Jeff Dunn at The Golden Flea on Saturday 26th September. Sunday introduced us to a fantastic new area adjoining Golden Fleece, The Siamese Race - named after the century-old mining 'race' that cuts deep into the hillside. Thanks to Roger Harlow for the courses and the map.

Mid-week featured training - including the mental kind - and a fun night event around the St Helens township organised by Cathy McComb. Over 40 people joined Jo Mitchell at St Helens Highschool on Monday night for an introductory mindfulness session. Jo took us through several eye-opening (mind-opening?) exercises and gave us some great insights into how mindfulness meditation can help our orienteering.

Training of the physical kind was facilitated by Jon McComb over three days, while others enjoyed the numerous mountain bike tracks now criss-crossing the St Helens region. Throw in a 3hr MapRun rogaine, and the result is a few weary (and bruised) legs by the following weekend.

Unfortunately, Saturday 3rd October featured The Middle Champs That Never Were (TMCTNW), when the Tasmanian Middle Distance Championships were cancelled due to an extreme weather warning for the East Coast district. As if that wasn't drama enough, a not-very-controlled burn blanketed the town in smoke, resulting in the closure of a number of mountain bike tracks and some nervous town residents. As this date was originally scheduled for the 2020 Australian Championships, it was interesting to contemplate what our contingency plan might have been!

Fortunately, the weather gods smiled upon Chris Brown and John Brock, organisers of Sunday's OST event at Littlechild Creek. The area was largely spared of smoke haze, and warm, muggy conditions prevailed. An unwanted side-effect of this seemed to be the awakening of the region's entire population of tiger snakes, resulting in a record for most-snakes-forcing-alternative-routes-across-creeks for any event in the history of orienteering. Despite some cartoon-style air running, orienteers enjoyed some tough, mentally challenging courses before heading wearily home. Thanks to everyone on the organising teams. Further information on the TMCTNW, including refund details, will be sent to entrants shortly. 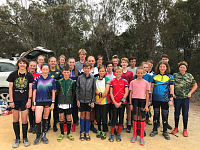 We have the green light to use St Helens High School as our base for the summer training camp - now we just need you. To secure your place we require a $25 deposit through Eventor now and the balance in the week prior to the camp. Information regarding how to pay the balance will be provided in the first week of the New Year. The hire of the school has doubled in price, but the transport option… ...Read Full Article 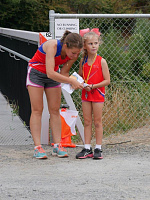 Summer coaches wanted - is this you?

Expressions of interest are sought for two paid positions of Local Summer Coach - one in the north of the State and one in the south - commencing in January 2021. The end date is negotiable but ideally the coach would continue to provide coaching over the summer months, up to Easter 2021. A shorter period would also be considered. The coach(es) would assist the State Coaching Coordinator to plan… ...Read Full Article 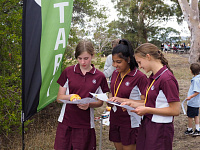 The Southern Spring Twilight Series has now finished. School results are calculated by adding the scores of the best three students from each school. Congratulations to Taroona High for once again winning the Boys and Girls Secondary trophies. The big news is that, after 7 wins in succession, South Hobart Primary School has been knocked off its perch by Taroona Primary School. See here for… ...Read Full Article 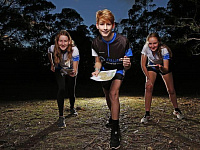 A summer training camp for juniors aged between 12 and 19 is proposed for the 20th-22nd of January at St Helens. Numbers are needed as soon as possible to make sure a camp will be viable. Please email Sussan Best or send a message - 0419 115 257 - before the end of the week (6th of Dec). Even if you are unable to commit just yet, send through an email expressing your interest. Please also phone… ...Read Full Article